Posted on December 18, 2017 by alexmarchantblog

Today, I undertook the annual ritual of hefting the box of Christmas decorations up from the cellar in order to decorate our splendid tree in the corner of the living room.

Rummaging in amongst the tinsel and ancient baubles (as ever feeling like Will Stanton on Christmas Eve – see previous blogs about The Dark is Rising!), I came across a newspaper cutting I must have left in there specially when packing everything away last Twelfth Night.

It was torn out of the Christmas Eve 2016 review section of the Guardian. A poem by poet laureate Carol Ann Duffy.

Ricardians may have a soft spot for Duffy, whose poem ‘Richard’ was read by Benedict Cumberbatch at King Richard III’s reinterment in March 2015. (She later dedicated the poem to Philippa Langley MBE who led the search for the King’s grave as part of the Looking for Richard Project team.) Some were not so keen, believing that the poem focused too much on the King’s death rather than his life. For myself, I echo some of the imagery at a significant point in The King’s Man, the sequel to The Order of the White Boar. 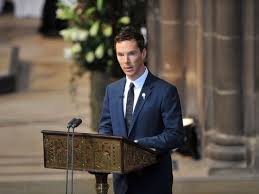 This new poem, however, was not about King Richard, although it is entitled ‘The King of Christmas’. It begins:

‘Bored, the Baron mooched in his Manor
on the brink of belligerence. Life lacked glamour
and Christmas was coming. The Baroness,
past her best, oozed ennui, stitched away
at a tapestry.’

And tells of the day when the bored Baron decides to appoint a ‘Lord of Misrule’. This was a tradition in courts and noble houses across Europe, and also within the church hierarchy – whereby a lowly servant, peasant or choir boy (in the cathedral song schools) was named lord or bishop for the day or the season to take charge of the Christmas festivities.

Everything would be turned ‘topsy turvy’ for that period, with the lowly in positions of power and the powerful subservient to them. In some cases the emphasis was on children having fun for a change, focused on the Feast of the Holy Innocents on 28 December, which memorialized the slaughter of children by King Herod in his attempt to get rid of the infant Jesus.

Matthew Wansford missed out on this custom while at the York Minster song school because he always returned home to celebrate the Christmas season with his family (between singing at the various services over the holiday season). But in London in the winter of 1483/4, he experiences a topsy-turvy time in the household of his new master:

‘I had heard tell of it at the York Minster song school, but, living always at home and not as a boarder at the school, I had never been a part of it, or seen the Dean serve the choristers and canons at table, or any other of the customs involved. So to witness Master Ashley don rough clothes and place an apprentice cap upon his head, and Mistress Ashley tie a housewife’s apron about her oldest gown, and both carry trays of meat and drink to tables, and bow to us boys and journeymen as they served us and poured our ale – and even sing for us during the meal, poke the huge Yule log in the hearth and clear away the empty dishes – it was all remarkable to me. It was a tradition in such households across the city and beyond – although it never reached as far as my father’s house in York’s Stonegate.’