Posted on April 30, 2018 by alexmarchantblog

A few months ago I was approached by a fellow blogger to do an author interview for their site, but despite sending answers to their questions, I’ve never heard back from them and the blog hasn’t been updated.

Rather than waste the time I spent on answering the questions, I thought I would share the answers here (especially as Facebook keeps telling me that my followers ‘haven’t heard from me in a while’ – putting an image into my head of all you good people hanging on my every word and desperate for some new ones – though I’m sure you all have better things to do with your time!)

And yes, this is probably just a little sop to those of you who are waiting – for an announcement on the publication of The King’s Man. Please bear with me – I promise it will be coming soon…

Q: Please tell us about yourself; when did you first become interested in writing?

Alex: I wish my memory were good enough to say exactly when! I suspect it was not long after I became interested in reading. I don’t remember a time when I didn’t always have my nose in a book, or pen in my hand – but having said that, my earliest memories aren’t so very early. My first day at school and similar events haven’t left a lingering impression on me

Q: Do you remember the first story you ever wrote?

Alex: See above. I think it’s safe to say I don’t! But I do remember the first I was determined to publish. I knew it was good. I knew C.S. Lewis would be shaking in his boots at the competition (I didn’t know he was long dead). I knew a horse-emperor would beat a lion-emperor any day – and it was far more fun to find a way to his land through an enchanted fireplace rather than a boring old wardrobe. I was about eight at the time – and that kicked off a number of years of somewhat derivative work – Cooper, Garner, Tolkien, George Lucas (yes, I swapped genres from time to time…) It has to be said it was a while before I found my own voice. But it’s all good practice, honing skills, and so on.

I guess it’s a terrible cliché to say there was never a time when I wasn’t writing. But it is true. Except perhaps for a while during my twenties, that post-uni time when career, marriage, house renovation, kids, that sort of thing, tend to get in the way somewhat. But, because my career was in publishing (once I was ‘invalided out of archaeology, anyway!), even then I was always writing – something. Maybe abstracts of management articles, reports on trends in European tourism and the like don’t really count, but it’s still writing – and it was my first experience of being published.

But then two major events occurred – a big birthday that made me think about what I really wanted to do (write for children) and the announcement of the discovery of the grave of King Richard III.

Q: What genre/genres do your books fall under?

Alex: My first completed novel for children (10 and above) was a timeslip novel, Time out of Time (due 2019), with the main character being transported to several periods during the history of an ancient house. But as it’s predominantly set during the (in)famous British heatwave and drought of 1976, it could also be historical fiction itself, unless you abide strictly by the idea that historical fiction has to be set more than 50 years ago. Of course, to any 12 year old reading it nowadays, it would count as ancient history!

My more recent novels, on the other hand, are very definitely historical fiction, being set in what we now call the Wars of the Roses.

Q: What is your latest book called, what is it about and what was the inspiration behind the book?

Alex: The Order of the White Boar was born five years ago, on the day of the famous press conference that announced to the world that the grave of King Richard III had been found in a car park in Leicester. As a long-time Ricardian – a supporter of King Richard against the lies spread about him by the Tudors (and accepted by so many in the centuries since) – I knew it was an ideal opportunity to fight to restore his reputation. And what better way than to catch children with an exciting tale involving the real man before they’re exposed to the grotesque pantomime villain of Shakespeare’s play?

The book took a while to write and then to persuade myself I could manage to self-publish it, but it finally saw the light on 2 October 2017, King Richard’s 565th birthday.

The Order follows the adventures of 12-year-old Matthew Wansford, page to Richard (Duke of Gloucester at the time) at his castle at Middleham in Yorkshire. It starts a year before the death of his brother, King Edward IV, which changes Richard’s life for ever.

Matthew is a disgraced former choirboy from York, sent to redeem himself in loyal service to the Duke. While there he makes a deadly enemy in Hugh Soulsby, son of an executed traitor, but also makes friends with the Duke’s little son, Edward, Alys, a ward of the Queen, and Roger, a fellow page, with whom he forms the knightly Order of the title. As we follow their (mis)adventures in and around Middleham and at court in Westminster, we also learn about Richard’s earlier life, and the scene is set for momentous events to come.

Q: Besides your current book, do you have any new projects coming up?

Alex: The sequel to The Order, titled The King’s Man, will be published this spring (date soon to be announced). It takes Matthew’s (and Richard’s) story through the turmoil of 1483, the ‘Year of the Three Kings’, up to the Battle of Bosworth in 1485 – and beyond … It also explores one of the greatest mysteries in English history – what happened to the so-called ‘Princes in the Tower’.

A third book in the series is in preparation, and follows Matthew to what has been dubbed the ‘Lambert Simnel rebellion’ against Henry Tudor two years later.

Q: Where can people find your books?

Alex: The Order is available through Amazon at myBook.to/WhiteBoar and through Blurb www.blurb.co.uk/b/8167813-the-order-of-the-white-boar or via myself. It’s also being stocked at various outlets, including the King Richard Visitor Centre in Leicester, the Bosworth Battlefield Heritage Centre and the Barnet Battlefield Society.

I also have a ghostly short story called ‘The Beast of Middleham Moor’ on sale in return for a small donation to Scoliosis Association UK (supporting people with the condition that King Richard himself had) at https://uk.virginmoneygiving.com/AlexMarchant

Q: What has been the greatest moment in your writing career?

Alex: I’ve been lucky enough to have a few, of different types. Perhaps the first was when Time out of Time won the Chapter One Children’s Book Award in 2013. More recent has been the fantastic reception of The Order of the White Boar, not only by readers, but also by members of the Looking for Richard Project, who were responsible for finding King Richard’s grave, and to whom the book is dedicated. And also, to be honest, hearing that it’s being stocked at both the King Richard Visitor Centre in Leicester and the Bosworth Battlefield Heritage Centre. There’s now just Middleham Castle to go among my ‘top three’ targets!

Q: Besides writing, what hobbies or interests do you enjoy in your spare time?

Alex: What spare time?! Between writing, editing and self-marketing the books (and the day job), there seems precious little of that! But I do enjoy watching football (I’m lucky enough to be going to the World Cup this summer), watching films on the big screen when possible, the theatre, music, and of course visiting historical sites. I’m hoping this year to get to a few medieval festivals around the UK to promote the books, so I’m currently on the lookout for what they call ‘authentic costume’…

Q: Which novelists do you admire?

Alex: Where to start? Susan Cooper, Alan Garner, Rosemary Sutcliff, Le Guin and Tolkien were all particularly influential when I was growing up, and they’ve been joined more recently by Patrick Ness, David Almond, Hilary Mantel, Philip Pullman, and of course J.K. Rowling, among many others. Austen, Trollope, Dickens, Tolstoy and Forster will always feature – and I suppose I should also say the Bronte sisters – all three, Charlotte, Anne and Emily – as we’re virtually neighbours. And I have to keep reminding myself I’m planning to reread Solzhenitsyn and Sholokhov in time for my visit to Rostov-on-Don in June… 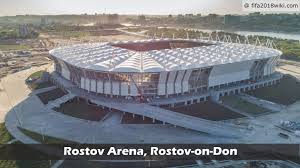 Q:  What has been the best piece of writing advice you’ve received?

Alex: Just do it! If you don’t get on and write your story, it won’t ever be published and read.

Q: Do you have any tips or advice for other indie authors?

Alex: As such a newbie self-publisher, I wouldn’t really presume. But as a rather older hand in publishing, I’d recommend any writer to have their work professionally edited, or at the very least proofread, to make sure the text is as good as it can be. (But then I would say that – my day job is freelance copyediting and proofreading!)