With a week to go until ‘The King’s Man’ launches, I sold my first copy yesterday.
Oops! It wasn’t quite planned, but I had copies with me at the library event in Harrogate yesterday and someone asked, so… it would have been churlish to refuse, wouldn’t it?
But there’s not long to go before they’ll be available for everyone to buy on Amazon worldwide. And I also had the fantastic news yesterday that ‘The Order of the White Boar’ has been added to the ordering system at Waterstone’s bookshop, and that ‘The King’s Man’ will be too, so the books can be ordered through any Waterstone’s in the country.

They will be stocked in the Harrogate branch – and if enough people ask for them, maybe in other branches too….

(So there is your mission, should you choose to accept it!)
The Harrogate branch has also asked me to do a book event for them during the summer so watch this space for details.
As for the Q&A event with Marla at the library, I’ll be posting details of the podcast and YouTube links once I have them.
mybook.to/TheKingsMan 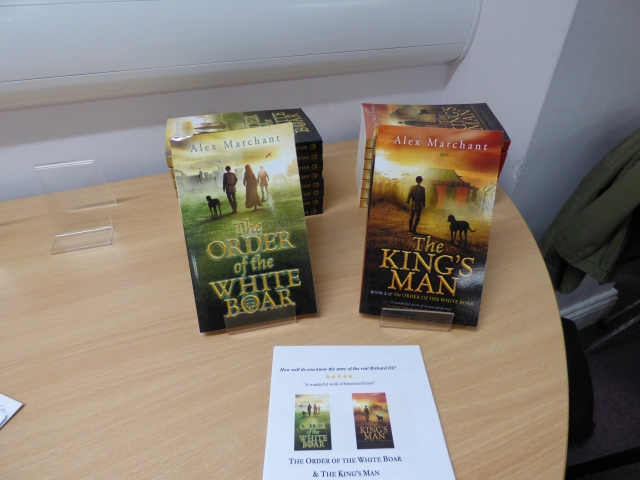