Posted on June 6, 2018 by alexmarchantblog

Continuing a busy summer for me, I will be signing books (and giving a brief talk) this coming weekend at the Barnet Medieval Festival in Hertfordshire, site of the Battle of Barnet, which was King Richard’s first battle at the young age of 18.

The battle doesn’t feature in my books, as Richard has reached the more mature age of 29 by the time they open – and the country has seen 11 years of relative peace under King Edward IV – but eagle-eyed readers will have spotted various references to it littered throughout their pages.

One particular character brings his experience of the battle to bear late on to help us understand another highly significant event that occurs years later. Have you met him yet? If not, come along to hear about him on Saturday or Sunday and maybe buy a paperback of The King’s Man (or indeed The Order of the White Boar) at the same time!

Great fun to be had for children and adults and you may even meet these good folk. FREE entry too! 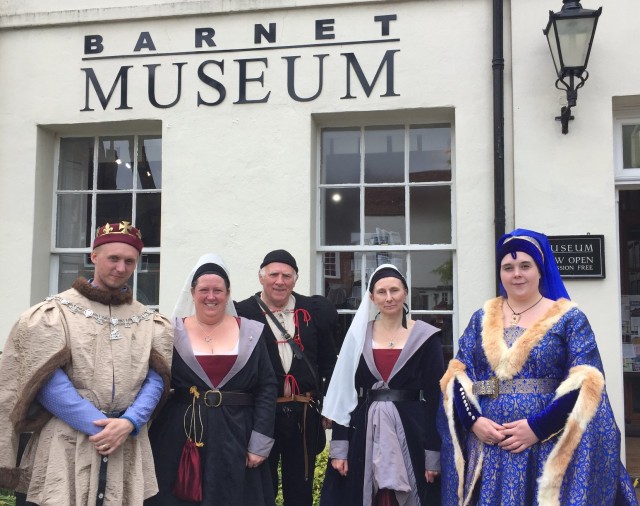 And don’t forget if you can’t make it this weekend, both my books are also available at: