The King’s Furies – by Stephanie Churchill

Welcome to the latest stage on the blog tour for The King’s Furies, Book 3 in Stephanie Churchill‘s fabulous ‘Crowns of Destiny’  series.

As a long-time fan of both historical fiction and fantasy (and sometime writer of both genres myself), Stephanie’s books were bound to appeal to me. So I was delighted to be asked to take part in the blog tour for her latest release, The King’s Furies.

Following on from the familiar world and intertwined characters of the first two novels in the series, The Scribe’s Daughter and The King’s Daughter, The King’s Furies picks up the story of Casmir, very much a favourite character for many readers. I suspect I’m not alone in welcoming the chance to read more about him and his life!

Here Stephanie tells us more about how she came to write the books – and why she’s chosen the path of historical fantasy rather than more traditional historical fiction. And, being on my blog, unsurprisingly perhaps there is mention of protagonists from the Wars of the Roses …

I’ve loved history for as long as I can remember. When I was very young, my interest sprang mostly from family history, something easily accessible because it was a topic discussed often at big family gatherings. My grandmother had a trunk full of old sepia-coloured family photos that I loved to pore over, imagining the lives these people lived, the stories they could tell, and making me wonder about all the events they experienced. What a treasure trove of imagination fodder for that young daydream explorer!

These imaginings were actually a sign of my love of storytelling, but I didn’t know it then. All of my curiosity and ponderings about past people and events led me (instead of writing novels) to trace the histories of those individuals through family trees, and by default, to British history (I mean, with family names like Churchill, Sutton and McReynolds, it was a given I’d end up focusing within the British Isles). Fast forward many years into my adulthood, and eventually, I discovered the books of Sharon Kay Penman… And anyone who knows anything about how my journey into writing came to be, knows that ‘meeting’ Sharon was what started it all for me.

I can’t help but be influenced by history when creating my stories. With as much history as I’ve studied and as many historical novels as I’ve read, I’ve been marinated in all things old. So why did I not choose to write historical fiction? That’s a common enough question. Quite honestly, I was scared off by the research. I knew what it would take to do quality research of the level I would require of myself, and I didn’t feel that I wanted to commit to it. That’s usually the answer I give people when asked. It’s easier to explain.

But there’s another reason that really surprised me once I got to thinking more deeply about what motivates me. As much as I love history, the history itself wasn’t what drew me to writing; it was purely the storytelling – what moves people, what motivates them, what cause and effect come from our behaviours and choices as humans? The historical fiction genre was simply the palette with which I felt most comfortable working, so a historical-feeling setting became my narrative device.

Instead of writing traditional historical fiction, I chose a style of writing that echoed historical fiction without actually containing any history. I didn’t have to be faithful to specific events or people’s lives, so I was free to invent every part of my novels. But the influence is definitely there, from my prose and structure to the seeds of inspiration. And knowing many of my readers would be quite familiar with history and historical detail, I did try to write some facts into my worlds to make the setting believable to readers familiar with a late medieval/early Tudor setting.

The Wars of the Roses, a conflict between two rival houses, those of York and Lancaster, fought in the mid- to late fifteenth century, has inspired many creative endeavours, from books to movies. Like so many others, this period of history fascinates me, and I can’t say I’ve been strong enough to stay away from the lure of the stories the participants in those dramatic times produced.

Author Janet Reedman wrote a guest article for my own blog last Friday (19 July) about one of the significant people from that time period and the inspiration he provided me (visit my website at www.stephaniechurchillauthor.com to read it). Any guesses as to which individual (very loosely) inspired the character in the following scene? (Don’t worry if you can’t figure it out. The connection is fairly abstract.)

From The King’s Furies, chapter 16:

“Casmir, you do not do yourself a disservice by locking your heart away from your father. He is a man who is incapable of appreciating the good gifts he has been given.”

“And that is why we are lucky to have you, cousin.”

My cousin smiled down at me. “I will always keep you safe. Never fear.”

“But my mother can…”

“Your mother can’t be bothered just now, son. You know that.” He pulled me along, and finally, we found ourselves in the courtyard of the upper ward. “You have me, and I will watch over you. You needn’t concern yourself with either your father or mother, for they can do nothing for you.”

He stopped then turned and knelt down to eye level with me. “You will be king someday, Casmir, and until then you must learn the craft of kingship. I will be your guide, for your father cannot. And if the task should prove too much for you, you only need rely on me.”

He peered over his shoulder as if to confirm that we were alone. “Agrius cannot abide another king like him. Until then, I will continue to lead as I have done. As you continue to grow, I will teach you all you need to know.” Ildor smiled, taking my hands between his own. “And even when you are king, I will be there for you just as I have been for your father.”

I lunged forward into his open arms. Even if I felt isolated from everyone else in my life, even from the playmates of rank who had been chosen for me to be my companions of quality, I felt safe with Cousin Ildor, he had never given me reason not to. It was if the very gods had sent him to Prille, just to watch over me…

Blurb for The King’s Furies:

Not all enemies are visible.

Sometimes the most defiant ones exist only in the heart and mind.

The Defiler of Prille and his hound are dead. With my marriage to the daughter of Bedic Sajen, our houses are united. After the birth of our daughter and heir to the throne, peace settles over Agrius once more.

But it’s a fragile peace.

As I work to restore the former glory of my inheritance, rumours of betrayal and treachery reach the throne, threatening to shatter everything I have worked hard to achieve.
When old enemies surface, the rumors become real. Disaster strikes, plunging me into a darkness I fear I cannot escape. Many advisors step forward to help, but it’s never easy to determine friend from foe when it comes to the powers swirling around the throne.
Faced with the decision to stay true to my honor or to become like my father, a man I despised, the bonds of unity with forged with family and friends are tested.
To the point of breaking.
What compromises will I make to secure the future of my family and my kingdom?
Will I lose both myself and the ones I love in the process? 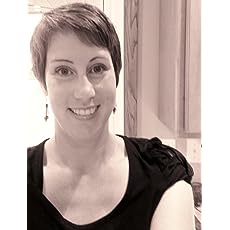 Evoking the essence of historical fiction but without the history, Stephanie’s writing draws on her knowledge of history even while set in purely fictional places existing only in her imagination.  Filled with action and romance, loyalty and betrayal, her writing relies on deeply drawn and complex characters, exploring the subtleties of imperfect people living in a gritty, sometimes dark world.  Her unique blend of historical fiction and fantasy ensures that her books are sure to please fans of historical fiction and epic fantasy literature alike.

Sharon Kay Penman, New York Times bestselling author of The Sunne in Splendour and A King’s Ransom, says of Stephanie’s work: “I think readers who have enjoyed my medieval novels will enjoy the Crowns of Destiny series too.”

Stephanie’s books can be found on Amazon:

Alex Marchant is author of two books telling the story of the real King Richard III for children aged 10+, The Order of the White Boar and The King’s Man, and editor of Grant Me the Carving of My Name, an anthology of short fiction inspired by the king, sold in support of Scoliosis Association UK (SAUK). A further anthology, Right Trusty and Well Beloved…, is planned for later this year…