Posted on April 25, 2020 by alexmarchantblog

Now, anyone reading this may well know what little liking I have for a certain King Henry VII, otherwise known as Henry Tudor. The reasons are obvious if you know I’ve been a Ricardian for many years and am of the belief that Tudor had no real claim to the throne when he usurped it from the rightful king, Richard III. And many of his actions over the next few years suggest Henry knew it too (something I find I’m touching on in my work-in-progress…)

Today I’m delighted to host a guest post from the fabulous Mary Anne Yarde as part of her ongoing blog tour, on a perhaps lesser-known aspect of Tudor’s attempts at a claim – and one that ties in well with her own newly released book, The Du Lac Curse, Book 5 of The Du Lac Chronicles, inspired as it is by legends of King Arthur.

(A warning: for those readers of a nervous Ricardian disposition, one of the images in the following post may be somewhat disturbing… 😉 )

Now, over to Mary Anne…

Britain has always been a land of myths and legends. From St George and the Dragon to Robin Hood. Dick Whittington and his Cat to the Loch Ness Monster. But nothing has captured the imagination of the populous quite like King Arthur and his Knights.

Let’s take a trip back in time…

For thirty years, England had suffered a terrible civil war. It was the ultimate family argument. And that argument was all about legitimacy. The House of York argued that the Lancastrian King, Henry VI, had no right to the throne. The House of Lancaster disagreed.

In the year of our Lord, 1485, Henry Tudor marched from Wales, under the battle standard of King Arthur — the famous red dragon — and met King Richard III at Bosworth Field.

A stained-glass window in St James Church, Sutton Cheney, commemorates the Battle of Bosworth and the leaders of the combatants, Richard III (left) and Henry VII (right) (Wikipedia)

This battle changed the course of history and while the last of the Plantagenets screamed, “Traitor! Traitor! Traitor!”, Henry Tudor seized the throne of England for himself.

Finding Richard’s circlet after the battle, Lord Stanley hands it to Henry (Wikipedia)

But, being victorious does not make one King. For Henry to be crowned King he had to provide a legitimate claim.

Henry [boo hiss!] holding a rose and wearing the collar of the Order of the Golden Fleece, by unknown artist, 1505 (Wikipedia)

Henry Tudor was a Lancastrian, but he had a problem. It was argued, that Henry had not an ounce of English Blood. Henry’s Father, Edmund Tudor, was the son of the French Queen Dowager Katherine of Valois. Edmund’s father, Owen Tudor, was a Welsh groom. Their marriage was a scandal that had rocked the nation. Henry’s mother, Margaret Beaufort, was a direct descendant of Edward III, but the Beaufort’s had been barred from the throne, so her blood did not count.

Henry had to prove his claim and to do that he employed genealogists who traced his family back to Cadwaladr, a Welsh King, who in turn was a direct descendant of King Arthur. You couldn’t get more English than King Arthur. Henry presented his pedigree to the court.

With King Arthur as an ancestor, the nobles could not argue Henry’s claim to the throne.

Elizabeth of York, 16th-century copy of a 15th-century portrait (Wikipedia)

Henry then married Elizabeth of York, the daughter of Edward IV of England — thus uniting the House of York and Lancaster and bringing an end to the Cousins War. But, like Edward III before him, Henry had fallen for the romance of King Arthur.

It is worth mentioning that Bosworth was not the only noteworthy event to happen in the year 1485. Sir Thomas Malory, who was at the time languishing in prison, penned his great work, Le Morte d’Arthur. Arthur fever once more took hold of the nation, and now they had a king who claimed to be a direct descendant of Arthur. The future looked promising.

But Henry’s dream of an Arthurian future took a fatal blow when his son, Arthur, became ill and died at the age of 16. It was said that Henry and Elizabeth were devastated by his death. Elizabeth died the following year.

In the subsequent reigns of Henry VIII and Elizabeth I, Arthurian legend and Arthurian prophecy continued to play its part in the monarchy’s dynamics. But from this day forward there has never been another King Arthur. We are still waiting for the Once and Future King to reclaim his throne…

God against Gods. King against King. Brother against Brother

Mordred Pendragon had once said that the sons of Lancelot would eventually destroy each other, it seemed he was right all along.

Garren du Lac knew what the burning pyres meant in his brother’s kingdom — invasion. But who would dare to challenge King Alden of Cerniw for his throne? Only one man was daring enough, arrogant enough, to attempt such a feat — Budic du Lac, their eldest half-brother.

While Merton du Lac struggles to come to terms with the magnitude of Budic’s crime, there is another threat, one that is as ancient as it is powerful. But with the death toll rising and his men deserting who will take up the banner and fight in his name?

The Du Lac Curse is available now from: 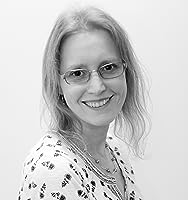 Born in Bath, England, Mary Anne Yarde grew up in the southwest of England, surrounded and influenced by centuries of history and mythology. Glastonbury — the fabled Isle of Avalon — was a mere fifteen-minute drive from her home, and tales of King Arthur and his knights were part of her childhood.

A Ricardian since a teenager, and following stints as an archaeologist and in publishing, Alex now lives and works in King Richard’s own country, not far from his beloved York and Middleham
View all posts by alexmarchantblog →
This entry was posted in Uncategorized and tagged Historical Ficiton. Bookmark the permalink.