Posted on December 12, 2017 by alexmarchantblog

The first chapter of the The Dark is Rising – and the beginning of the adventure that is about to confront our hero.

Will Stanton is an ordinary boy who wakes up on his eleventh birthday to discover – no, not that he’s about to go to wizarding school, but that he is – well, perhaps that would be telling. You may not have read this classic children’s fantasy book by Susan Cooper, steeped in the Arthurian and other legends of the British Isles, which was one of the major influences on J. K. Rowling, creator of that other famous eleven-year-old hero (not to mention my own books: author.to/AlexMarchant).*

First published in 1973, it’s also been a major influence on my writing. For me it’s the quintessential Christmas book (see my previous blog ‘When is a Christmas book…?’) and has also influenced a number of Christmas traditions in my family.

Perhaps the main such tradition, though, is one that has been mostly private to me – at least I thought it was. Virtually every year since my late teens, I’ve read the book day by day as the action unfolds. From the opening scene in the growing dusk of Midwinter’s Eve, through the glistening-white snow-covered morning of Will’s birthday, to the Stanton family’s ‘solemn rituals’ of Christmas Eve and Christmas Day, and the dangerous rising of the Dark through to the Twelfth Night – each evening from 20 December I settle myself down to read the appropriate chapter(s).

It’s been a ‘mostly private’ tradition for me because, although I meant to try it with my children once, unfortunately, the timings didn’t work at all. Not just because some days in the book take up far too many pages to read them all aloud in one evening’s bedtime ritual. More because I made the mistake of reading the first book, Over Sea Under Stone, to them during its appropriate season – the summer – and there was no way they would wait till Midwinter for the next instalment… 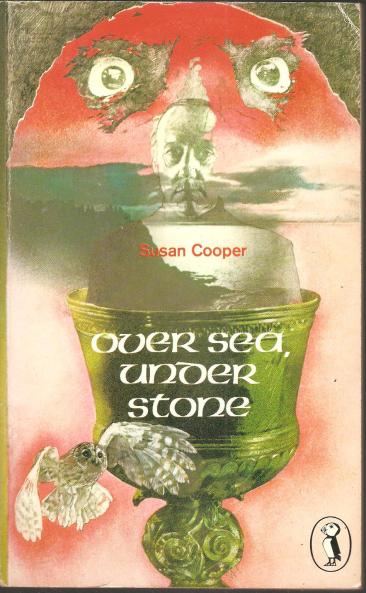 However, I’m not alone in this yearly Midwinter ritual – as I discovered a few years ago. First there was an article in The Guardian by a journalist who follows the same pattern (and had also thought that she was alone in in doing it – until the comments flooded in). Then I discovered The Dark is Rising Sequence Worldwide Readathon on Facebook organized by the intrepid Danny Whittaker for the 40th anniversary of publication. (OK, I came to it rather late, not in 2013, but Danny was good enough to start up another annual tradition so it’s been going a few years now…) More than 300 people have signed up http://tdirreadathon.blogspot.co.uk/

And this year the Circle is growing wider still, as a chance Twitter conversation between Rob Macfarlane (@RobGMacfarlane), author of the beautiful The Lost Words, and Julia Bird (@JuliaMaryBird) back in November was joined by thousands of other twitter users. It has led to them setting up another worldwide reading group, which can be followed from 20 December 2017 to 5/6th January 2018 by using the hashtag #TheDarkisReading. https://juliabird.wordpress.com/2017/12/06/thedarkisreading-a-midwinter-reading-group/

I’ve also just seen that a musician has even written a soundtrack to accompany the reading too. As Handspan@AnalogueRob says: ‘Each track of my TDIR soundtrack is tied to a specific passage in the book, so during #TheDarkIsReading you’ll be able to stream tracks on the day they occur in the story. They’ll each be online for 24 hours and then disappear again, like the book of Gramarye.’ (To understand that last comment, you may  have to read along…)

This social media business is a wonderful thing – bringing together people from far-flung lands with a common bond, much as Ricardians have been known to and as the Old Ones themselves come together occasionally ‘out of time’ … but that’s getting ahead of myself (a day beyond Twelfth Night, if the truth be told). Do think about dropping by if you’re passing – even if you haven’t read the book – yet.

But do watch out for the rooks …

* POSTSCRIPT: I have been asked what influence The Dark is Rising has had upon my own writing. I think that may be for others to discern (what do you think?). One thing I will say is how hard it was to restrain myself from naming the lead character in my books The Order of the White Boar and The King’s Man after Will Stanton! But when my time-slip novel Time out of Time reaches publication, eagle-eyed readers may spot that I didn’t fight quite so hard while writing that. And strangely, this Will has proved so popular among my first alpha readers that he may well feature in a book all to himself…